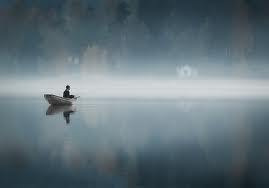 Going into DD, I already realized the need to be discreet about it. Since many people don't understand or agree with it, there was a good chance that if friends or family found out, they'd see it in a negative light and try to talk me into leaving. So we've kept quiet about it.

But I never realized how lonely it would leave me feeling. While I can talk to some people in my life about submission and the husband being the head of the household, at least in terms of what the Bible says, I can't go too into depth about either subject. They probably wouldn't understand.

So when I need someone to talk to about what's going on, I can't. I can't call someone and share my worry over breaking a rule because that would mean telling them Steve has set rules for me to follow. I can't call someone and complain about how he sometimes drives me up the wall with inconsistency because that would mean telling them he spanks me when I misbehave (or at least he's supposed to).

So I come here to this blog to spill all my thoughts, hopes, fears, frustrations and concerns. And I hope that someone will come along that knows what I'm talking about and will take the time to share their thoughts so I feel a little less alone in all this.

Ideally, I'd like to find another couple in our area that also practices domestic discipline. It doesn't matter if they're as new to this as we are or have years of experience on us. In fact, it would be nice to find one of each type of couple so I have someone to relate to on an equal level plus a voice of experience.

But there are drawbacks to taking our relationship out into the world.

Do I really want to give up the shield of anonymity this blog offers? Part of the reason I can be so open here is that I don't have to worry about bumping into anyone I talk to about this at the grocery store. Sure, we may bump into each other, but neither of us know who the other one really is. So I can just say "excuse me" and move on rather than wondering if the other person is thinking about the spanking I posted about.

If I make friends with another DD wife, I'm probably not going to feel as comfortable being open, at least for a while. I'm naturally a private person, plus I've trusted unwisely in the past and got burned. So it takes a lot for me to open up to people.

What if the other HoH is stricter and talks mine into stepping things up? In reading several DD blogs, I've realized that Steve is a lot less strict than most of the ones I hear about. Granted, some of that comes from him still making the switch from letting me do as a I pleased to being the one that sets the rules and enforces them.

While part of me wishes there was someone he could talk to openly about the HoH role and get advice, another part of me is a little scared of it happening because of the changes it might bring. I'm not sure I want him to be stricter. I'm definitely not sure about how I would react if he decided to try some new implements or punishments on the advice on his new friend.

The main drawback though is the thought of the process of actually finding another DD couple. How would we even go about it? Drop subtle hints to couples we know or meet and hope they take the hint and start the conversation? Watch DD blogs for clues about their location and email if I think they live nearby? Post an ad on Craigslist looking for like-minded people?

I'm divided. On one hand, I'm tired of feeling alone and not having anyone to talk aside from here. On the other hand, do I really want to open that can of worms?
Posted by Dana at 10:55 AM