I seem to have a pattern. I start off good with full intentions of following the rules. Then I slip. I get busy doing other things, I'm tired or I get forgetful and a chore doesn't get done. Or my mouth gets ahead of my head and I pop off with something that I know better than to say. This slip is like climbing to the top of a water slide.

Depending on how the slip is handled (if it's handled), I have a choice at this point. Do I decide to take this ride since I'm already in position? Or do I do the smart thing and head back down to safer ground? Unfortunately, I have a tendency of going for the ride, even though I know eventually I'm going to reach the end of the slide.

Sometimes I inch forward a little bit until I'm over the edge. 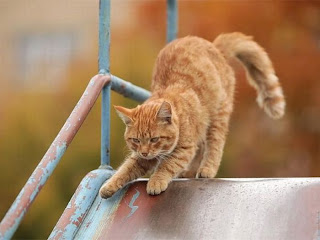 Sometimes I dive in head first. 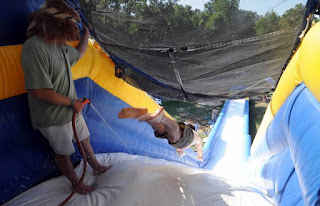 Sometimes it's a short slide. 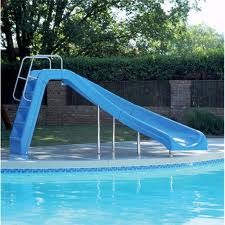 Sometimes it's a longer one. 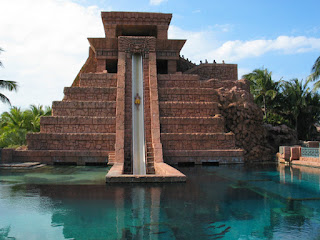 Sometimes it seems to go on forever, with every twist making me wonder if it was such a good idea. 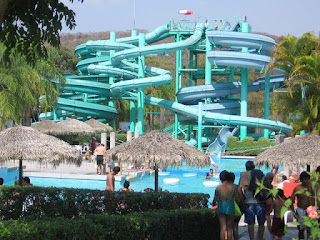 Just like a water slide, my slide always comes to an end at some point. Only instead of being dumped in a pool of cool, refreshing water, the end of my slide isn't so pleasant. It ends with a not-so-quick ride across Steve's knee while he refreshes my memory of the role I've agreed to in our marriage and how my sliding isn't good for us. And by the time he gets done, I'm looking for a pool to jump into, if only to soothe my heated backside.

Water slides aren't for everyone. That's why there's usually a lifeguard standing at the top of the slide to check riders and make sure they're okay to slide. That's how I look to Steve. When I slip, I need him to step up and tell me this ride isn't for me and I need to head back down to safer ground.

And if he isn't paying attention and I slip by him to go down the slide anyway, he's the lifeguard at the bottom. He's there to pull me out when I reach the end and I'm floundering in water over my head. He pulls me out and helps me find my way back to safe ground.
Posted by Dana at 2:00 PM