Waiting is the Hardest Part

Tom Petty knew what he was singing when he sang Waiting is the Hardest Part. When I woke up yesterday morning, I knew I had a spanking coming that evening. I knew it wasn't going to be an easy one. I knew it was needed.

You see, when I brought DD to my husband Steve three weeks ago, I was carrying a load of guilt. In writing him an email to explain DD and why I thought we needed it, I had to face up to a lot of things that I had done and said over the years. Even though he forgave me for all of that and said the important thing was that I was doing better now and he would make sure I continued to do good in the future, it still bothered me.

I don't do good with guilt. It eats at me, takes away my focus. Then because my focus is on my guilt, I start backsliding, which leads to me feeling even guiltier. It turns into a cycle that gets worse every time it repeats itself.

Although I have been doing better (for the most part) and he is now stepping up if he sees me slipping, that guilt kept bugging me. I knew it was only a matter of time before the guilt took over and the cycle started. To be honest, I was surprised it hadn't already.

Most of my life, I've bottled things up. I just keep stuffing back fears, anger, hurt, all of my emotions until I can't hold back anymore. Then I explode and the person unfortunate enough to be around me wonders why something simple caused such a big ruckus.  Unfortunately, the person that gets the brunt of the explosion is usually Steve. It's not good for me and it's definitely not good for those around me.

So I've been trying to be more open about how I feel. After a few false starts, I finally told Steve how I was feeling Saturday night. We talked about it for quite a while before we both came to the conclusion that I needed to go through the consequences for those past words and actions before I could truly feel like the slate was wiped clean. Only then could I put it in the past and go forward without the guilt weighing me down and stealing my focus.

It was late by the time we finished talking and he was tired. So we decided to wait until the next evening to deal with things. Even though I was worried about what was to come. I felt more at peace knowing it would be handled. Surprisingly, I slept like a baby.

All day yesterday, I was on pins and needles. I finally understand why some women say they hate knowing in advance that a punishment is coming. It was on my mind all day. How bad would it be? What would he use? Could I handle it? Was I really thinking straight when I told him I wanted him to handle several years of bad behavior in a single spanking?

It didn't help that he seemed determined to keep it at the forefront of my mind. The statement that he hadn't forgotten when I woke up, the light tap on my bottom as he passed me in the hall, taking my hand and holding on tight when we went shopping, asking me several times through the day if I was okay (probably because I was quiet). All these things served as a reminder. 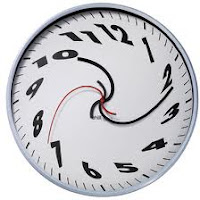 It seemed like time was both in slow motion and fast forward. On one hand, I wanted to get it behind me (no pun intended) so I wanted the day to hurry up. On the other hand, I wanted to slow things down, to have more time to prepare for what was coming.

For a while, I thought he had forgotten. He had put our daughter to bed while I read in the bedroom. Even though I knew she was asleep, he still didn't come. I found myself falling back into old patterns of getting frustrated at him because things didn't go as I expected. I fought it.

And then it was time. He came in the bedroom and in six little words (are you ready for your spanking?), took away all the frustration I was starting to feel. Then nerves took over and I questioned in my head if this is what I really wanted. Wanted, no. Needed, yes, so I stripped down and laid across his lap.

The first swat from the wooden spoon took me by surprise. While he has spanked me with it before, it's been fairly easy to take. This time, it wasn't. I'd like to say I took it gracefully, but I'd be lying. I fought it with every fiber of my being. I kicked and tried to squirm out of reach. He just pulled me back in position and gave a couple harder swats as a reminder to stay in position.

I told him it was enough. I begged him to stop. He did for a moment. But once he realized it was the shock and pain talking rather than a true release of my guilty feelings, he continued on. I didn't think it would ever end. At one point, I promised him anything I thought would work to make him stop. The only thing I didn't do was reach my hand back (a miracle).

Finally he stopped. My eyes were bright with unshed tears. Even though I wanted to and needed to cry, I just hadn't quite made it there. We were both surprised by that. We were also both surprised to learn that the pain of the spanking went away as soon as he quit swatting. Giving the bright red glow of my backside, he thought for sure it would linger a while.

As I lay in his arms with his hands gently rubbing my back, I was still processing how I felt about it. I guess I was processing out loud because right after the thought occurred to me that I would have said anything to make it stop, whether I meant it or not, he asked if I had truly let go of the guilt. And as much as I hated to admit it, I hadn't.

By this point, the spanking had been over for a good 15-20 minutes, but he told me to go get his belt. Even though we had discussed the possibility of using his belt for discipline, he hadn't done it yet. That was about to change. 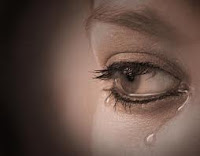 I guess my nerves were obvious because he gave me a minute or two to prepare myself after I laid across his lap. I fought it at first, but it took only 10 swats (if that) before the tears started flowing. With every tear, the feelings of guilt eased. Even though I was crying at that point, I was still fighting the spanking so he kept going until I finally stopped fighting and submitted to it.

At that point, I think he realized that the guilt was finally gone. He asked, but I wasn't coherent enough for my answer to make sense. I just nodded my head. He continued on for a couple more minutes and then laid down the belt to rub my back.

I stayed across his lap until the tears slowed and then crawled up into his arms. As he held me and we talked, I realized that he was worried about my reaction, that I might be upset by the fact that he had spanked me that hard, that I might change my mind about our new dynamic.

I wasn't upset and I hadn't changed my mind. If anything, it had reinforced the idea in my mind. I had found the peace I was hoping for. I kissed him and told him I loved him, that I loved feeling secure in the knowledge that he cared enough and was strong enough to give me what I needed, even if it meant being the bad guy.

And now the slate is wiped clean. The guilt is gone and I can move forward. And yes, the pain lingered afterwards and my bottom is still a little tender this morning. But I am at peace, which is what I wanted all along.