Digging Myself a Hole

After posting the other day about my conflicted feelings, Steve and I had a talk. I talked to him about everything that was going through my mind, what I was feeling and what everyone had commented when I shared about it (thanks ladies it really helped). The conversation ended with us agreeing that as long as I didn't step too far out of line, there would no spanking until we returned home. I would be let off the hook for everything I had done so far, but he was going to do a long, thorough maintenance to get me back on track after we got back. 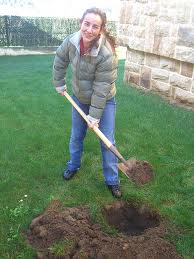 Since I was well aware that I had been pushing every button he had for over a week, I should have took this as an opportunity to settle down and show him I could still be submissive despite everything going on. But I didn't. Instead I started digging myself a hole.

We had car trouble on the trip, which was partially my fault. While Steve generally takes responsibility for our cars, on easy stuff like checking the oil or putting air in the tires, he lets me handle them. Most of the time I'm pretty good about it. The minor things he asks me to do are things I know how to do because my dad required me to be able to do them before I was allowed to get my license.

A month or so ago, Steve told me a couple of my tires were low and I needed to go get air in them. For some reason, I kept putting it off. It would have taken 5 minutes tops and I drive right by the store that has free air several times a day so it wasn't like it a major chore. But I didn't. I just kept right on putting it off, assuring him I would get to every time he reminded me about it. When we got ready to leave on our trip, he checked the tires, gave me a lecture when he saw I still hadn't done them and then did it himself.

But it was already too late. Since I had been driving around on those tires, it had already weakened them. We ended up having a blowout that not only resulted in the added expense of a tire, but also did some damage to my car. He fussed, gave me another lecture, but let me off the hook for it. I should have realized then I was on thin ice. 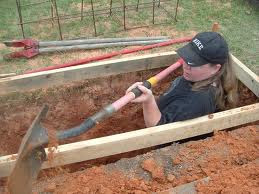 I dug my hole a little deeper. Maybe I felt safe because family was around or because we were traveling, but I kept pushing. I was no longer skirting the line of being disrespectful, but dancing right across it while sticking my tongue out and daring him to do something about it. It was silly really. I'm normally not like that, but I guess I had so much going on that I needed to get things out in some way.

Then we had another blowout and had to spend more money. He was pretty ticked at that point, but let me off the hook again. Shortly after that he said something that made me mad so I sulked. I thought I'd be slick about it and get around his rule about not talking to him when I was mad. So if he asked me a direct question, I'd answer him, but otherwise I didn't say a word. He joked with me trying to get me out of what he thought was an emotional funk, but I just ignored it.

He didn't catch on right away. When I got quiet, he just figured I was thinking about my grandmother and dealing with my emotions. We crossed one state line shortly after he ticked me off. A few hours later we passed a second one with me still going strong. We were about an hour short of the next state line when he caught on, probably because I broke my self-imposed silence to snap at him. It was then that he informed me that I would be spanked as soon as we got home and again today for maintenance. A sign started flashing in my head. 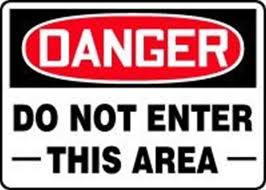 I got quiet again for the rest of the ride, but he knew that this time it was because I was worried about what was sure to be an unpleasant spanking once we arrived home. As it turns out, I didn't get spanked. By the time we got the car unloaded, got our daughter inside, ate something and got to the bedroom ourselves, it was late. I was about to fall asleep, but I was trying to stay awake because I didn't want to get him even more aggravated at me by falling asleep before he could spank me. But he was tired too so he said he'd just add it on to maintenance tonight. With that lovely thought rattling around in my head, I drifted off to a restless sleep. 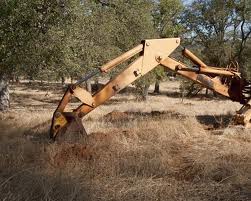 I guess this morning I'd forgotten about what he said the night before. I was feeling a bit invincible.. So I gave up digging with a shovel and brought in a backhoe. I was a bit sassy, but he didn't say much. Then he started to say something and I thought he was going to fuss at me about something else so I bit his head off. I immediately apologized because I could tell I had went too far, but it was too late. He had had enough. He was done with being patient with me.


From the look on his face, it was clear that he was thinking about taking me by the arm and marching me to the bedroom for an attitude adjustment. The only thing that saved me was our daughter was awake and not feeling well. So after a few minutes of silence, he informed me I would be even more sorry tonight as soon as our daughter was asleep. Even though he had planned to let me off the hook for most of my offenses over the last week or so, that was no longer on the table. I was getting spanked for everything.

Now I have carefully put away my shovel and backhoe and will be waiting all day for what I'm sure will be a memorable spanking. Ugh! Why do I do this to myself? 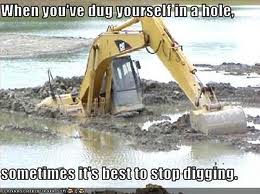