You Can't Outstubborn a HoH

I've been debating about writing this post for a few days now. Some of my hesitation was because I was embarrassed over it. I also didn't want to put the whole experience down in words because then I would have to face up to the fact that I let my stubbornness and procrastination carry me into a battle I had no hope of winning.

But I figure if I'm going to tell our story, I may as well tell it like it is, warts and all. Besides one day I may actually need a reminder of what happens when stubbornness and procrastination go head to head with a determined HoH.

It all started when Steve told me to clean up the living room. I protested because the mess was mainly his and our daughter's mess. While taking care of the house is my responsibility, I didn't think it was asking too much for them to pick up after themselves. After all, I may be a wife and a mom, but I'm not a maid. I got stubborn about it and dug in my heels, refusing to do it. When he came home, it wasn't done. Needless to say, he was not happy and I got spanked over it.

On the second day, he told me again to clean up the living room. I actually started to do it, but the more I picked up stuff they had been too lazy to pick up themselves, the madder I got. So I said the heck with it and went to do something more fun. You guessed it. I got spanked. It seems he doesn't consider a chore done until it's completely finished. 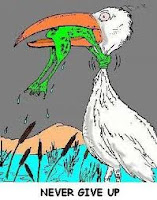 I was still feeling stubborn on the third day, but a little leery of yet another spanking. So I decided to work a little more on the living room and then do some other chores. I guess I figured it would work because it was showing some effort on not only the chore he gave me, but others as well. I figured wrong.

Steve came looking for me after our daughter was down for the night and when he found me he said he was going to the bedroom, that I had better be there soon and that I did not want him to have to come back and get me. Do I really need to say what happened when I arrived in the bedroom?

By the fourth day, I was tired of getting spanked, especially since each one was worse than the previous one, and I was determined not to get another one. I procrastinated the morning away, figuring I had the afternoon to get it done. But some unexpected things came up and I didn't get a chance to do it.

Rather than wait for Steve to see it, I met him in the driveway when he pulled in and tearfully confessed. I even told him that I had considered using the stuff that came up in the afternoon as an excuse, but decided not to because if I hadn't procrastinated, it wouldn't have been an issue. 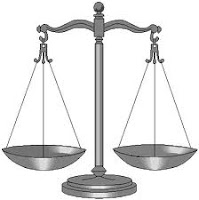 That threw him a little bit. One on hand, he was tempted to be lenient because he knew the stuff that came up was stuff that I could not put off. He was also proud of me for confessing and accepting responsibility for it without making excuses. On the other hand, he knows I don't do well with inconsistency.

So he decided to go forward with the punishment, but temper it because there were some mitigating factors. But by the time we could get to it, he was having trouble keeping his eyes open so he put it off. He said he'd try to get it in the morning if he had time before work, but if not, it would be handled the next night.

Then we were at day five. We both ended up dozing back off after I got our daughter off to school. By the time he woke up again, he was running late so he gave me a hasty kiss, reminded me that the living room better be finished by the time he got home and took off. I was probably asleep again before he even made it out of the driveway.

I ended up sleeping a lot longer than I planned and by the time I got up, I didn't have a lot of time for cleaning before I had to pick our daughter up. I managed to get everything but the sweeping and swiffering done before I left. We had to stop by Walmart on the way back so it was close to four before we got home. I figured I would be okay because Steve normally doesn't get home before five.

I had just picked up the broom when I heard his truck in the driveway. I was devastated because I was so close yet would be getting another spanking because it wasn't completely done. I took a chance and ran outside to ask him to please wait ten minutes before he came in. He knew why without me saying so, but I guess he felt bad for me because he said he had to unload his truck anyway. I sent our daughter out to help him and rushed to finish. 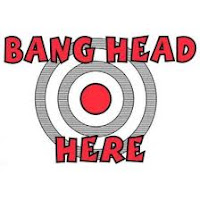 A little while later, he finally came in. He looked around and said it looked good except I hadn't cleared off the coffee table or end table. I started to make the excuse that it was his stuff and our daughter's stuff but then I stopped. I guess all the frustration of the week caught up to me because my eyes filled up with tears and I told him that I was giving up and would just stay in the bedroom since that's where I kept ending up.

I turned and started down the hall to the bedroom when he called me back. He said he was proud of me for doing as much as I had. Then he surprised me by saying I was right about them picking up after themselves so they were going to help me by cleaning off the two tables.

Steve ended up letting me off the hook for the spanking that had been postponed from the previous night. He said he felt like it would be unfair to spank me since I did finally get it done. So that's the whole sad tale. You know my dad once told me I could outstubborn a mule. I just wish he'd told me that I can't outstubborn a HoH.
Posted by Dana at 1:17 PM