A couple recent posts have got me thinking. They got me thinking about truth and honesty in our relationship and how even an innocent-seeming fib can lead to problems.

When I first brought domestic discipline to Steve and asked him if he would be willing to consider it, I suggested we do it for a trial period. In his wisdom, he said we wouldn't be giving it our all if we knew it was just temporary so it was all or nothing. So we agreed to give it our all.

And I did. Or at least I thought I did. Like most of us, I had this picture in my head about how this all was going to go. When Steve didn't quite do things the way I expected, I decided to step up and change some things. It wasn't an overt move, but a more sneaky attack. 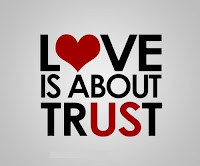 There's more. I'm sure I'm not the only one that's tried to save their hide from a spanking. Him letting me off the hook because I say I have a headache is okay. Me letting him assume I mean a migraine isn't.

Him stopping a spanking because I appear to have had enough is fine. Me kicking and squirming, while carrying on like a banshee so he thinks I'm in more pain than I am isn't. I'd like to say these things aren't lies, but the fact is they are. I'm misleading him.


It gets worse. You see I've been hiding a big secret from him. A few months ago when my life got thrown in an uproar, I built a wall. Pushing back emotions is a long-standing tactic of mine and the wall just sort of popped up one day when I couldn't deal with the emotional upheaval I was going through.

At first, I didn't want to take down that wall. It was my buffer between pain and hurt and sadness. I chose not to notice that it made it hard for Steve to get through to me and led to frustration on both of our parts.

The longer that wall has stood, the harder it has become to get rid of. I haven't cried in months. I come close but can't let go of that last little bit that holds me back. Where a spanking used to always refresh that submissive spirit I need for this all to work, it no longer does. I come up from a spanking frustrated at myself for not getting there and frustrated at Steve for not seeing I'm not there. 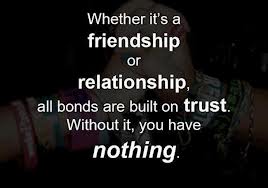 I'm not the only one that's frustrated either. Steve commented the other week that it doesn't seem to be working as well as it did before. He spanks and I turn right around and do the same thing again. He hasn't caught on to the fact there's a wall separating us and that's why he doesn't get through to me. I haven't told him.

I've jeopardized that trust by not being honest. In doing so, I've put our relationship on shaky ground. Even if he doesn't know it, I do and I need to make it right. It's time I truly gave it my all. Otherwise, we have nothing.