Earlier this week I ordered the dreaded cane. The very next morning I received an email alerting me to the fact my package had shipped. I got a little flutter in my stomach when I saw that. Even though I have to give Cane-Iac props for getting it out so quickly considering it's the holiday season, I was kind of hoping it would take longer so I could continue to avoid it.

Since then, I've been anxiously watching the package's progress to our home. According to the tracking, it was scheduled to arrive yesterday. I breathed a sign of relief when the mailman passed without stopping. Unfortunately, he did stop today. We have built a fairly decent variety of implements since starting DD. I don't like any of them. That's the point, though, isn't it? Some I dislike more than others, the plastic hanger for instance. But if there was one implement that wasn't in Steve's arsenal and I prayed he would never find out about, it would be the cane.

But alas, he did find out about canes. If it's anything like the wooden dowels we bought to test the concept, the first time he uses it, it will probably shoot straight to the top of my most hated implements list. And since canes tend to be more flexible than wooden dowels, the odds of my buns of steel coming out ahead in a battle are pretty slim. A girl can hope though.

I had a brief moment where I considered just hiding it away when it arrives. After all, Steve knows that I ordered it, but not when it was due to arrive. I could probably make it at least a couple more weeks before he starts wondering why it hasn't came yet.

But that wouldn't honest. To lie, even by omission, would be betraying Steve's trust. And as I told a loved one during a conversation the other day, a relationship can't survive without trust. So as much as I hate the thought of telling him it came, I'm going to do it anyway.

Of course I may wait until he's about to fall asleep tonight to tell him... 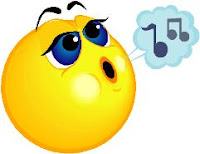 Also in the package with the cane was the paddle I bought as a present for Steve. Somehow it didn't look quite as scary on the website as it did when I pulled it out the package. So it is getting hid away until I figure out whether I really want to give him another implement, seeing as how I've regretted every other implements I've bought for him.
Posted by Dana at 10:42 AM