Steve has the stomach flu. You know the coughing, fever, headache, full body achiness, upset stomach, fatigue and general crappy feeling that goes around every year.

But wait, he is a man so his is much worse than any person on the planet has ever experienced. I've been serenaded by moans, groans, cries of "I don't think I'm going to make it." and whines about "You just don't know how bad I feel."

Don't get me wrong, I do feel bad for him. I know he doesn't feel well. It's obvious just by looking at him that he doesn't. But whining is one of those things that drives me up the wall. I don't even like to deal with whining from our daughter, much less a grown man.

And getting woke up multiple times during the night because he wanted someone to listen to him whine did not go over well with me. When I woke up this morning, I was tired, not feeling all that great myself and my usual morning crankiness (I'm not a morning person to begin with) was bordering on bitchiness. Lord, grant me the patience to not strangle him before he's over his man flu.

In the meantime, enjoy these cartoons and videos. 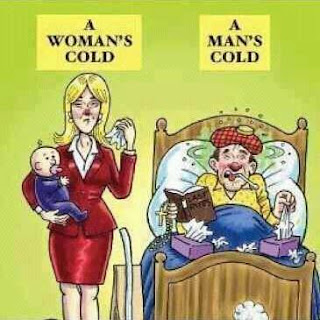 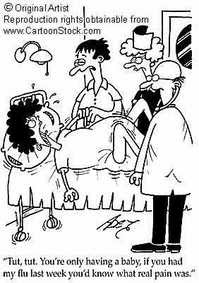 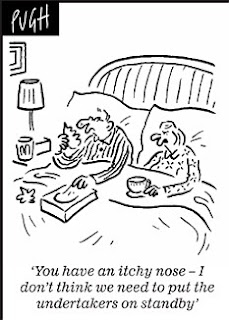 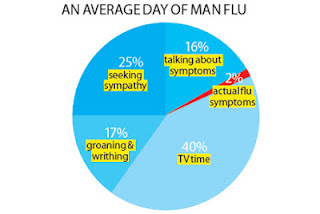