As any gambler can tell you, even a long-running good streak will eventually come to an end. After all, the odds are always weighted towards the house. This is where compulsive gamblers run into problems. They are riding the high of a good streak when their luck suddenly takes a turn. They keep on playing trying to get back to where they were, only to find themselves running through their entire winnings (and sometimes more) in the process.

Yesterday I was already thinking about backing away from the table. I'd already had three days of my streak and figured my luck was bound to run out sooner or later. And I probably would have gave in except Steve did something that upset me.

He was outside working on his truck. I went out to see how it was going, but didn't stay long because one of our neighbors was talking to him and it was pretty cold out. So I turned to go back in the house only to hear him tell me (not ask me) to go do a specific chore. It rubbed me the wrong way, but I probably could have shook it off and things would have been fine.

Except he followed up that order with a statement that I knew what would happen if I didn't do it. Now he's said stuff like that before, but never in front of someone else. While he didn't say exactly what would happen, the way it was said it was obvious that there would be some sort of consequence. That ticked me off so I told him no, then walked in the house. 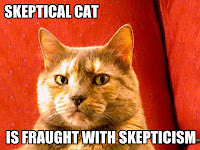 Later Steve came in the house and noticed I was a little cranky. I got a warning, but then he saw I hadn't worked on the chore in question so he changed that warning to a definite announcement that I was getting a spanking. Seeing as how he had already said that a couple times this week and not followed through, I wasn't too worried. That combined with my mood ended up with me responding with a "yeah right."

When I went to our bedroom after getting our daughter down for the night, I found Mr. Consistency had returned. Needless to say, he wasn't happy about the recent gambling on my part or the remarks I had made throughout the day. He sent me to retrieve the implements he had decided on and then told me to get in position.

I was still pretty upset with him at that point and, while I retrieved the implements he wanted, I knew there was no way a spanking was going to do anything but make me madder. So I asked if we could talk first.

I started with the remark made in front of the neighbor. He apologized before I was even done telling him about it, but said he didn't remember doing it. He did promise to be more careful about what he said when others were around so I let it go.

Then we talked about consistency, the recent lack thereof, and how it plays a role in how I react. We ended up having a pretty long discussion about it. I let him know how I struggle with maintaining my submissiveness when I'm not feeling his dominance. And I told Steve that when I knew there was a good chance he wouldn't react, I was more likely to risk it.

Finally once all the talking was done, it was time to handle other business. It wasn't pleasant, but it wasn't as bad as I had suspected it might be. I suspect he tempered it a little because he felt bad for not nipping it in the bud to start instead of letting it keep going. That and my little hero started barking at him (Steve forgot to put him out).

A little later, we were laying in bed just snuggling and watching a movie. It was then that a thought crossed my mind and before I could really think it through, it popped out of my mouth. I bet him he couldn't make it a week without letting something go. The next thing I know we had negotiated terms and he had agreed to the bet. It's going to be an interesting week.
Posted by Dana at 5:08 PM