After already getting spanked once over the living room, I was determined that it wasn't going to happen again. So I got an early start with the errands I had to run so I would have the entire afternoon to focus on it. I knew it wasn't going to take that long, but I wanted to be sure I had a time cushion in case something unexpected came up.

By the time Steve got in from work, I was feeling pretty good about my accomplishment. I had even did a few things that he probably wouldn't have even cared about (like straightening the coat closet that's in the living room). So you can imagine my dismay when he said nope, it's not done yet. 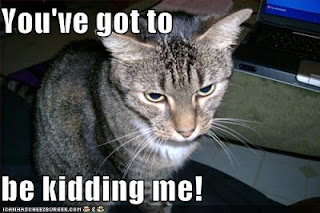 Once I got over my shock at him saying that, I asked why. He then proceeded to rattle off five things he felt like I missed. The only problem was that two of those things weren't even in the living room (one was the hall and the other in our bedroom). He had me on one thing. The other two were part of the living room, but I felt like he was nit-picking on those.

But since I've agreed to let him lead how he sees fit (even if I disagree with his decision), I was going to take the punishment anyway. However, I wasn't going to take it without respectfully sharing my opinion first, which I did. But the whole thing became a moot point when he fell asleep without doing it.

At first, I was kind of happy about it. One, I got out of a spanking that I felt was unfair. Two, by him not following through, he lost our consistency bet. 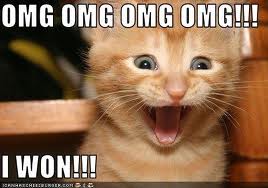 But then I started thinking. I knew he had had two very long days of work back to back. I knew that, just like me, he's still been dealing with some lingering fatigue from the flu we had last month. I knew he was tired. He looked exhausted.

And when I looked back over the past seven months since we started all this, I could name several occasions when he offered me grace because he knew I was tired or sick or just plain overwhelmed. In some of those cases, that grace had been offered when, in all honesty, I couldn't have blamed him for blistering my tail because even I knew I deserved it.

I thought about it last night and some more this morning. This morning while I was fixing his lunch, I asked what he wanted me to do today. It was then that it occurred to him that by falling asleep, he'd lost the bet.

So I surprised him. I offered him grace. I told him that no, he hadn't lost our bet. That I wasn't going to hold it against him because he was tired from working all day to support our family. And that he had until midnight tonight to carry out whatever he felt was needed. 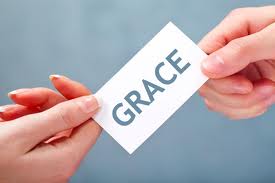 While I always appreciate it when he offers me grace, I sometimes get frustrated because he's also being inconsistent. However, after this, I think I better understand why he does occasionally offer it.  Because sometimes it's nice to cut someone a break when you know they have a lot on their plate.

The funny thing about all this is that I made this bet with him to help him learn to be more consistent, but I've learned something in the process as well.

I just hope he remembers that grace tonight. Now if you'll excuse me for a bit, I have five little things to take care of. 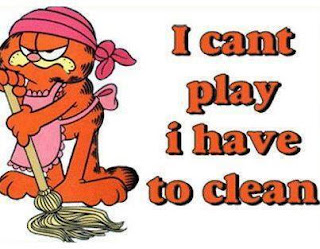