She's Out to Get Me 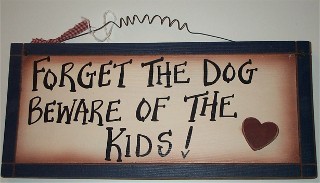 I told you last week about my daughter tattling on me after I had specifically told her not to tell Steve something. Steve got a kick out of it and I jokingly said that she was out to get me. After yesterday, I'm wondering if she really is trying.

Yesterday's chore was to clean the living room. Admittedly, it was overdue for a good cleaning. I still hadn't taken down the tree and Christmas decorations. There were toys strewn from one end to the other. It was a bit of a mess.

As I cleaned, I realized that probably 90% of the mess was our daughter's. So I cleaned up most of the room, but decided to make her pick up the rest when she got home from school. That's where I hit the problem. She picked up a couple things and then quit.

Since I was busy working on something else in another room, I didn't catch it right away. By the time I did, I was in the middle of cooking supper and Steve was pulling in the driveway. Needless to say, it didn't get finished.

Even though the room looked a lot better than it had when I started, Steve doesn't consider a chore done unless it's completely finished. I explained the situation and hoped for the best. While he agreed with my decision about making her pick up some of the mess since it was mostly hers, he said it was ultimately my responsibility to make sure it was done. That meant either doing it myself or making sure she did what she was told. So I still got in trouble.

Since the chore in question was part of my gambling spree the previous week, he wanted to make a point. And he did. When I came to bed, he pulled back the blanket for me, only to reveal the paddle he already had got out. It was not pleasant at all. There was no warmup, just hard rapid-fire swats that had me squirming and yelping pretty much immediately.

But I did get a little lucky. He was close to being done, but planning on a few more extra-hard swats to make sure I got the point when our dog interfered. He didn't growl at Steve or try to bite the paddle like he has before. Instead, he laid down across my backside. My hero. So rather than fight the dog, Steve stopped there. Did I mention how much I love this dog? 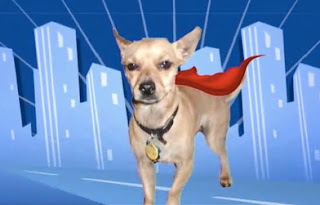 Today, I'm definitely feeling the results of that spanking. It was not an easy one and I tensed up, something I try not to do. Normally Steve notices if I'm tensing and will stop to urge me to relax, but he didn't last night. So while I don't have a single mark on my backside, the muscles I tensed during the spanking are definitely sore.
Posted by Dana at 6:49 AM