My streak was nearly at three weeks. I'd like to say it's because I'd been a perfect angel, but that wouldn't exactly be true. In all honesty, it had more to do with Steve's recent change in leadership than good behavior.

I've struggled since he did away with weekly role affirmation. Shortly after he made the change, I realized that the reason it made things easier when we were doing it is that it meant that I didn't have to try as hard to maintain submissiveness on my own. If I felt like I was heading in the wrong direction, I didn't work that hard at reversing the trend because I knew that Monday would be rolling around soon and would nip whatever was going on in the bud.

Then it wasn't there and I had to try to maintain submission on my own. I started floundering. Between that and another change, I was in over my head and sinking fast. You see since we started, things had a set order. If I messed up, I got punished. The slate was clear and we moved on to a fresh start.

About the same time that weekly role affirmation disappeared, Steve decided to try a new tactic. Instead of punishing for every offense, he wanted to try talking and/or lecturing to see if it would be enough to redirect. If I was in a more submissive frame of mind, it might have worked. There have been times that a simple lecture was enough.

But in my current frame of mind, he was just adding fuel to the fire. Instead of taking his new tactic as an opportunity to learn how to redirect without having to be punished first, I started feeling like he had given up on TTWD, that he wasn't interested in leading any more. So I spiraled even more. 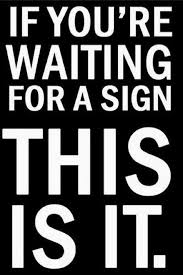 I wasn't oblivious to my destructive behavior. I tried to tell him over a week ago that I needed something to get me back on track. That didn't go as well as I had planned. I was left frustrated that I had tried to tell him, only to have nothing happened. And I kept spiraling faster and faster.

Yesterday I reached the point where I knew something had to happen. I was feeling frustrated and adrift. So keeping in mind what you all commented on my post about asking for it, I decided to give him a clear signal something was needed. After some internal debate, I settled on throwing all the implements on his side of the bed and pulling the blanket up over them. I figured that Steve would see them when he came to bed and do something. I mean it wasn't like he was just going to say "Hmm. I wonder how these got here." and then put them back in the drawer.

I was right about that. He did something. First we talked about half an hour with him asking questions and not giving up until I gave him a real answer. Then he spanked and spanked and spanked some more. He spanked through my struggling, my assurances that I had learned my lesson, my apologies and my tears. I didn't think it was ever going to stop.

The entire time he would lecture for a minute then stop to ask a question. I don't think the guys realize how hard it is to come up with a reasonable answer to a question when we're in that position. But I managed to answer all his questions, surprising both of us at one point by adding "sir" to my answer, something I have never done.

I'm not sure how it happened. The word just popped out but it didn't feel as strange as I would have thought. I think the added "sir" might have been the turning point in the spanking because it ended shortly after that.

Afterwards as I laid curled up in his arms with him stroking my back, we talked some more. It turns out he had already planned to spank even before he pulled back the blanket to see my signal. He made it explicitly clear that it was punishment, not a reset or role affirmation, so my streak must begin again.

Then in a move that left me shocked (and wondering if he had been reading Willie's blog), he said we would be doing daily role affirmation until he felt like I was fully back on track. My thoughts on that must have shown on my face because he was quick to explain that it wouldn't stop the first day I did well, but would continue until he saw a clear pattern that I was doing well. He's also bringing back weekly role affirmation since I didn't do well without it.

I think I'll wrap this up now because this post has grown a bit larger than I planned. In the meantime, pray for my bottom. It's pretty tender today and with daily role affirmation starting tomorrow, it's going to need all the help it can get.
Posted by Dana at 8:20 AM