It was one of those unexpected moments that we as parents have learned to take advantage of. Steve's parents had dropped by to ask if our daughter could go shopping with them. They were barely out of the driveway when I texted Steve.

I'm all alone. Want a nooner? 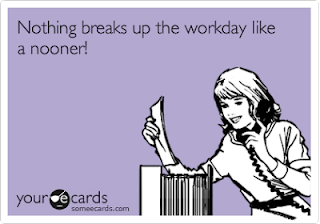 He texted back almost immediately.

I thought he was kidding. He was working and he doesn't generally take off in the middle of the day. He has once or twice in the past, but it was because he had to come home for something anyway. So I went on with what I was doing and didn't think much of it until a second text arrived.

I had just set down the phone when I heard the sound of a truck coming down our road fast. I don't know how fast he was going, but he was in a hurry. I met him at the garage door and we stumbled through the garage kissing and touching all the way. We were so focused on each other, we nearly tripped over the dogs as we came in the house. 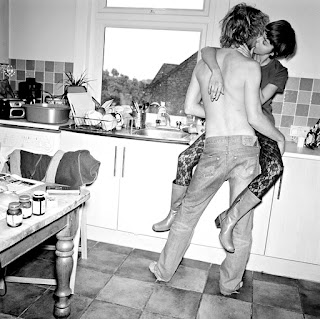 As we passed through the kitchen, he backed me up against the counter and gave me one of those long kisses that never fail to turn me to jelly.

By the time we made it to our bedroom door, clothes were flying. We collapsed on the bed still kissing. We were both too worked up to spend much time on foreplay. It was one of those times when you just can't wait another second to have each other. And then 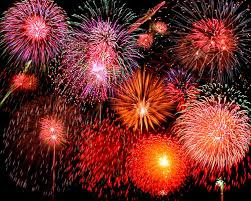 Afterwards we laid there in a state of bliss until it occurred to us that our daughter would be back any minute. He jumped in the shower to cool off and I got dressed. The doorbell rang just as I was exiting the bedroom.

It's nice to know that after nearly 9 years together, we still got it.
Posted by Dana at 1:00 PM