In the time since we implemented domestic discipline into our relationship, Steve has taken several tactics to deal with me when I get upset over something.

It's not a tactic he uses very often, but sometimes he just gives me a little space to work through my anger.

This approach is hit and miss. If it's a minor upset or I'm upset over something not related to him or our relationship, it will work. I spend a little time alone thinking and then I go talk to him about what's going on inside my head. If I'm really upset at him though, him giving me time alone to think (and build walls) is a very bad idea. 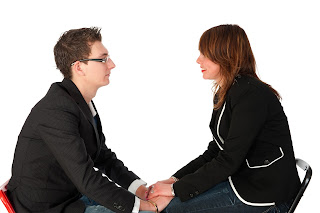 As with space, this one can be hit and miss. If I'm in the right frame of mind to be open to what he's saying, a talk will usually do the trick. If I'm not, anything he says goes in one ear and out the other. On occasion, talking has backfired because he upset me even more with something he said.

Occasionally he'll spend some one on one time with me. He'll arrange for someone to watch our daughter so we can just be alone. We might stay home and just watch a movie. We might go out. We might see how far we can make it through the Kama Sutra before our time is up. 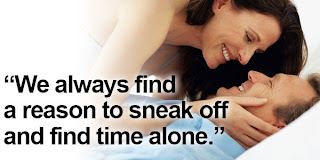 Since he only uses this tactic when I'm upset over not getting some alone time together, it always works. Once I get that one on one time, I'm over my mood and we can move forward.

It usually isn't his first line of attack against a mood, but if all else fails or I get really out of hand, he spanks. Sometimes a few swats is all that's needed. Sometimes more is necessary. 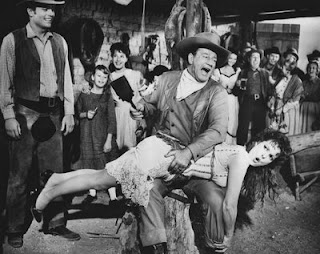 This one almost always does the trick. It's very rare that I come up from a spanking madder than I was before it. If I do, I usually end up going another round pretty quickly.

Between being in a funk and all the stress about a house lately, I haven't been myself for a few weeks. Steve tried several of his tactics, some more than once, but it just wasn't working. Then over the weekend, something happened that just put me over the limit and I was mad at nearly everyone. So he surprised me by trying something new.

After breakfast yesterday morning, he told me to go get my gun and meet him in the living room. I did and when I came back, he had the other guns and several boxes of ammo. We went outside to the truck where he loaded everything up..

Then we took off to the house of a friend that lives nearby but more out in the country than we are. Once we arrived, he set up targets, gave me a quick refresher (it had been a while since I shot anything) and then he let me go. 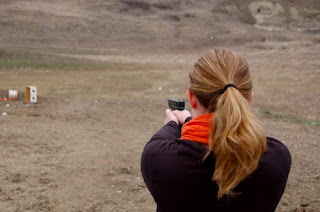 An hour and several shredded targets later, I had ran through every bit of ammo he had brought for my gun and part of the ammo he'd brought for the shotgun. And, to my surprise, I felt great. No stress. No ticked off at the world feeling. Just a blessed relaxed peace.

I doubt this tactic is anything you'd ever find on a website about domestic discipline, but it worked. And it had the added benefit of showing Steve that if, God forbid, someone is stupid enough to break into our house when I'm home alone, I can defend myself.

Once the stress was gone and I was calmer, we finally talked. We both agreed that a lot of the stress is coming from Steve's dad. While we understand that him cosigning means him accepting responsibility for our home loan if we can't make it on our own, he's using the offer to cosign as leverage to interfere in stuff that's none of his business. Stuff like where we choose to live, how many cars we have and whether or not I continue being a stay at home mom.

So even though it means putting our dreams of buying a house on hold for a bit, we've decided not to go that route. Instead we're going to do it ourselves, either by finding someone willing to owner-finance or by continuing to save and work on Steve's credit so we can qualify for a loan without any help. We still have two years left on our lease so it's not like we have to move right now anyway.

After our talk, the day got even better. Steve took me shopping to buy more ammo so we could go shooting again. When we got back home, he got a phone call from a friend about a car. We don't really need another car (we already have a car and two trucks), but this was an amazing once in a lifetime deal on a car I've always wanted.

Since he knew I didn't want to raid our house fund to get it, he asked if I would give him a chance to do some bargaining. I said okay and he left to see what he could work out. An hour later, I got a phone call saying the car was mine and it didn't cost us a dime. He managed to work out a trade on some other stuff. We are going to have to put a little bit of money into some minor repairs for it, but considering what the car is worth if we later decide to sell it, it's worth it.

It sounds bad, but I'm actually looking forward to telling my father-in-law that not only do we not want his help in getting a house, but we also got another car, a completely frivolous sports car at that.
Posted by Dana at 10:06 AM