I've had my share of meltdowns since we started this journey. Even though I asked for this type of relationship, it still took some time to adjust and I didn't always handle things well while I made those adjustments. However, in over a year of living in a domestic discipline relationship, I have never had a meltdown like I did earlier this week. It was a meltdown of epic proportions. 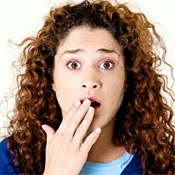 Rather than relive the whole meltdown, I'll just sum it up for you. It started with some snapping and ended shortly after Steve sent me for the paddle with me telling him he could get it himself and where he could stick it when he got it. Yeah, not one of my finest moments.

Now you would probably think that the next thing that happened was me getting the spanking to end all spankings. Even though I knew that was probably what was going to happen, I was beyond the point of caring so I just stomped off. He followed a few minutes later and I could tell he was ticked, but he didn't say anything other than he had to get to work.

Not ten minutes after he left, sanity returned. I was horrified. Not because of the spanking I no doubt had coming, but because of the way I had spoke to him. We've had our share of fights over the years, but I don't think I've ever went that far before. I called to apologize and he said we'd talk about it later. 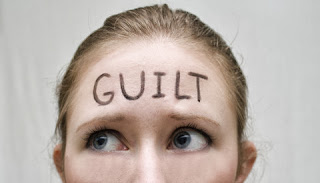 All day long it was on my mind. I felt terrible. The guilt was eating me up, literally making me sick to my stomach. I couldn't even stand to look at myself.

When Steve got in from work, our daughter asked to go to a neighbor's house to play with their kids. We got her off to their house and then he started working on one of the cars. Even though he was busy, I took the opportunity to talk to him about what had happened that morning. He didn't say much, but what he did say hit me hard.

The one line that kept ringing in my head was that he didn't deserve to be treated like that. He was absolutely right. We started this because I asked for this. While he has his struggles with consistency at times, he's a good HoH. That aside, he's a wonderful husband, father and provider. 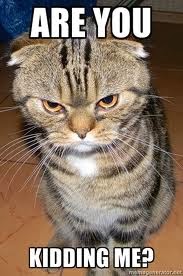 He was on the phone when I came to bed that night so I just laid my head in his lap and waited quietly. Once his phone call was done, I wasn't at all surprised when he inched up my gown and landed several stinging swats with his hand. Then he stopped. I figured he was wanting to reposition because we were going to be a while or maybe that he was reaching to grab an implement out of the drawer, but he just rolled over and went to sleep.

I was stunned to say the least. I lay there for a little while trying to wrap my head around what had happened, or rather what had not happened. I couldn't go to sleep after that so I got up for a while. It was the wee hours of the morning when I finally fell asleep and I slept so crappy that I was up before the alarm even went off.

Steve got up a little while later and started getting ready for the day. Finally I just couldn't take it any more and asked him flat out why he let me off so easy. He just said he was tired. But even though I knew he had plenty of time before he had to leave, he made no effort to do anything about it.

I spent the whole day struggling with emotions. I still felt terribly guilty about what had transpired. On top of that was the fear that he had given up on TTWD. I mean if telling your HoH he can shove his paddle up his, well you know, isn't reason enough for a spanking, then what is?

When we went to bed that night, I once again laid my head in his lap. After a little while, he slid my gown up, but then he just rubbed my lower back and the upper part of my butt (for some reason he likes rubbing my butt now). I raised up my head to look at him and asked if I was off the hook. He said yes.

I digested that for a bit and then popped my head up again. I was mad and hurt and really struggling to keep it together so I didn't have another meltdown. I took a deep breath and laid it all on the line for him. I told him I felt awful about the way I had handled things and what I had said. I told him I was hurt that he just didn't seem to care. I even told him I was mad at him for letting me talk to him that way and for leaving me hanging with this cloud of guilt over my head. 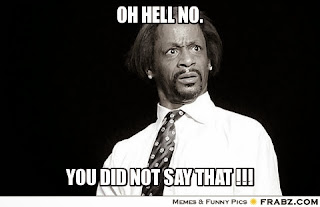 As it turns out, Steve hadn't heard my comment about the paddle. Once he did, though, there was no way he was going to let that go. Before I knew it, he had pushed me back down on his lap, his paddle had magically appeared in his hand and he was raining down fire on my backside.

After what seemed like forever but was probably only a few minutes, all those emotions that I had been struggling with finally let loose and I started crying. Normally he stops once he sees tears, but he didn't this time. He just shifted position to pull me into his chest and kept right on going. I was a blubbering mess by the time he finally laid down the paddle and wrapped his arms around me.

Even once he stopped, the tears kept coming. I haven't cried that hard in quite a while. Over the past couple months, he's been hit and miss about getting me to that point where I truly let go, but this time he definitely hit the mark.

Later after I calmed down, we talked some more. Then we made love. I went to sleep with my still flaming bottom nestled against him and his arms around me. And I slept like a baby.
Posted by Dana at 9:17 AM