An Unexpected Turn of Events

When I last wrote, I was facing a day of waiting on a spanking for accidentally getting our car insurance canceled because I didn't make the payment in time. Even more than being in trouble, it bothered me that I would be starting a child-free weekend with a spanking. But things turned out a lot differently than I expected.

I waited until we had dropped our daughter off and were on our way home (a 2 hour drive) before bringing up the topic. Steve didn't say much about it, just that he understood that I hadn't intended to get our insurance canceled, but he was still planning on spanking for it because our finances are my responsibility. Neither of us talked much on the way home. I was lost in my thoughts. He was focused on driving in the dark.

As soon as we arrived at our house, I headed straight for the bedroom. After having a punishment looming over my head all day, I was ready to get it over with. But he said no, he wanted to eat first since neither of us had ate since lunchtime and it was beyond the time we normally eat supper.

I fixed us something to eat, figuring the faster we got that out of the way, the faster I could get this spanking behind me and move on to enjoying some rare time with just the two of us. But he was in no hurry to rush things. Finally I decided to take a shower, figuring that would help occupy me so I wouldn't be so antsy.

I heard the bedroom door open as I was stepping out of the shower. The thought that spankings on a wet butt tend to hurt more flashed through my head so I hurriedly dried. A few minutes passed and he didn't call me into the bedroom so I slowed down and took the time to do my usual after-shower routine.

When I finally exited the bathroom, Steve was sitting up in bed watching TV. I brushed my hair and then laid down with my head in his lap. He started rubbing my neck and back, easing the tension from the long car ride. His hands are magic and it didn't take long before he had me feeling like goo. I was so relaxed, I didn't even notice him pulling up my gown until I felt his hand connect with my backside.

It was a leisurely spanking for the most part. He'd swat and then talk for a minute before swatting again. The swats were hard, but the break while he talked made them easier to take. Finally with a flurry of swats that had me squirming, he stopped.

He took me by surprise by asking where the bag from our recent shopping trip was. We had visited the adult store not too long ago, but with both of us feeling a bit under the weather lately, we hadn't even tried out our purchases. Toys have never been part of our punishment dynamic, but since he hadn't moved into aftercare, which normally denotes the end of a punishment, I began to wonder what he had planned.

I didn't have to wait long. Steve ordered me up on my hands and knees before moving behind me. He pressed my chest down to the bed and urged my legs further apart. Minutes ticked by and I could feel his eyes on me. This position was completely new for a spanking and I was surprised at how vulnerable I felt.

I jumped when a swat landed. It was followed by another fairly quickly and then the rapid-fire swats that I hate started. He seemed determined to cover every inch of my backside and sit spot and from my side, it sure felt like he was succeeding.

Then there was silence again. Finally I heard the rustle of the bag. We had only bought two items when we went shopping and I wondered which it would be. 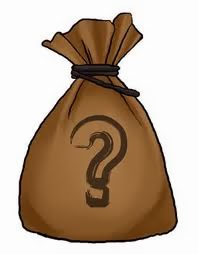 I know I'm leaving you with a cliff-hanger here, but this post was getting ridiculously long so I broke it up.
Posted by Dana at 3:39 PM