Dana: It's hard to pinpoint just one thing, but I'd say it would probably be how sweet he is. I've mentioned it before, but the first time we went out, I was actually supposed to go out with another guy and had got stood up at the last minute. I was feeling a bit down about the whole situation (and a bit irritated about the fact that I'd got all dressed up for nothing) and he offered to take me out.

He never pried with questions about the other guy. Aside from making the comment that the other guy must have been an idiot to stand me up, he didn't try to turn our dinner out into anything other than two friends hanging out. He even gave me a back rub (no strings attached) later when we got back to my place. I think I fell in love with him that very first night.

As for now, while I still appreciate his sweetness, I'd say it's probably his steadfastness than I most love and appreciate. There were times in our marriage when I felt very alone in things, like I was facing them without any help. Since starting DD, he makes more off an effort to not only be there for me, but to let me know that I am there for him to lean on if I need to. I can trust that no matter what life throws at me, he'll be right there beside me.

Steve: Dana said I couldn't say this, but it was her boobs. When we went out to dinner, she had a baked potato and something about the way she mashes one up makes her boobs bounce. She had me all worked up. To this day, I get turned on every time we have baked potatoes.

Aside from the boobs, I'd have to say her kindness. She really cares about people-taking the time to welcome someone new to our group or asking about something they may have mentioned the last time she talked to them.

The quality I love and appreciate now is her unselfish and generous nature. I think it has always been there, but I hadn't really noticed it until we grew closer with DD and I started paying more attention. She sees someone struggling and wants to help. Sometimes it's little things like donating stuff to be auctioned off to feed the hungry. Other times it's bigger stuff like offering to help a local homeless guy apply for disability or volunteering to tutor one of the neighbors so they can get their GED.
Posted by Dana at 1:45 PM 6 comments:

Some Answers for You 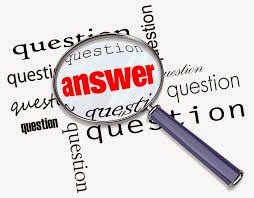 Thank you for all the great questions. Steve has been crazy busy lately between work, job interviews and helping his friend renovate their kitchen so it took me a little time to catch him and get his answers.

Kimberly Pinkcheeks asked "Is there anyone irl that you would like to recommend DD to that you think could benefit from it?"


This one was a tough one. We know several couples that could benefit from the things we've found with DD-a stronger bond, more intimacy, less fighting, etc. However, I'm leery of suggesting it to these couples because of the husbands. I don't think they're capable of putting the needs of the wife, the relationship and the family before their own wants. I would be concerned that they'd abuse the authority they'd have as HoH.

Es May asked "If you were to meet a new DDer, what would be one piece of advice you would give them? Steve? And to do all over again, is there anything you would change about how you went about it the first time?"

As for what I would change, that's a hard one. We needed to go through some of those bumpy patches so we could learn and grow from them. I guess if I had to choose one thing I'd change, it would be being more vocal. Instead of waiting and hoping Steve would figure out what I needed or wanted, I wish I'd spoke up more so he wasn't floundering around in the dark.

Steve: My advice would be to be consistent. As for what I would change, I would take my own advice and be more consistent.


Katie asked "What is one thing that you have found the hardest to conquer on your DD adventure? What has been the easiest in both your eyes, and in Steve's?"


Dana: The hardest thing would probably be accepting a punishment I didn't agree with. We did talk about it first and he gave me a chance to explain why I thought I shouldn't get it, but in the end I accepted that it was going to happen. It doesn't happen very often though. Most of the time I'm in agreement.

The easiest thing was asking for his okay on things (well most of the time anyway). I've always made a habit of asking if he minded before I bought something expensive, invited company over or volunteered to do something so it wasn't a change to check in with him first.

Steve: The hardest thing is finding the time when I've got a lot going on. Sometimes DD has to take a backseat because I don't have time to do role affirmation or punish for a rule that was broken.

The easiest thing was finding my favorite implement. In his defense, he did think pretty hard on this one, but that's all he could come up with. And he does have a thing for wood, ugh.


Definitely books. I love to read and if I like a book, I want to keep it to read again later so I have a ton of books. While Steve isn't big on books (he doesn't have the time anyway), he doesn't say much about them because he knows I feed my addiction by buying used at thrift stores and yard sales. The only time he says anything about my reading is when the stack on the bedside table gets too high or I don't get my chores done because I was too caught up in a book. And yes, that's happened a few times.
Posted by Dana at 10:52 AM 11 comments: 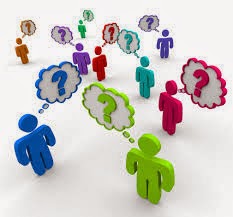 It's that time again. March is the month to ask all those burning questions you have. I know you have them. You're a crowd just bursting with curiosity. So don't be shy. Let's hear what you want to know.


Ask us a question by commenting here or sending us an email to danaandstevek@yahoo.com. You can ask anything of me, Steve or both of us. We'll post our answers in another post.
Posted by Dana at 9:01 AM 5 comments: