It's Not All About the Spanking

Last week was not a good week. I was stressed because I had a lot of big stuff going on (more about that soon). I wasn't feeling that great. I'd also got my hopes up about something important to me only to get those hopes dashed. It was a recipe for crankiness and I had got a full dose. 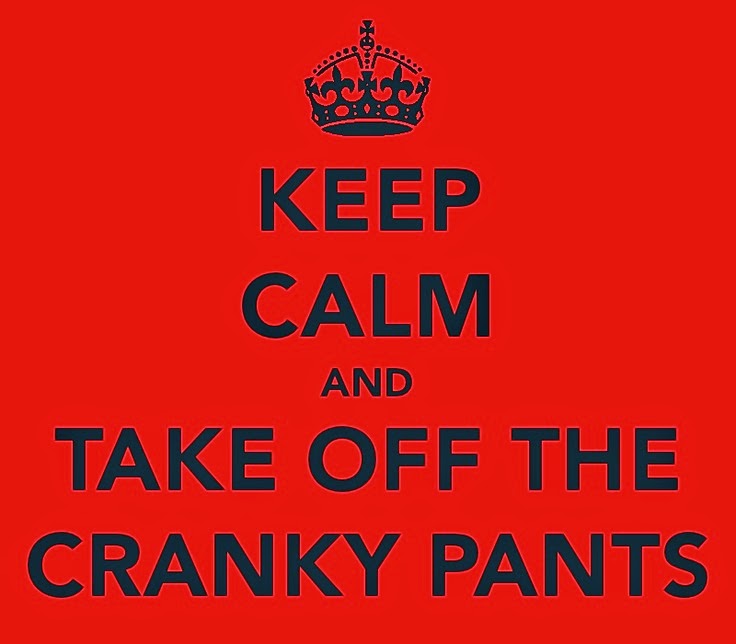 Steve was surprisingly patient with me. Instead of getting cranky back or spanking me, he took a different approach. While he did call me on some blatant disrespect, he chose to leave it at that and just encouraged me to talk to him.

On Saturday, he took our daughter to work with him, giving me an entire day to relax and unwind. Then he went one step further by arranging for her to spend the night with another family member so we could be alone. It doesn't sound like a lot, but it was a huge thing for us. I have almost always made our plans for alone time. I'm not sure if it's because Steve didn't recognize that I needed it or he just didn't want to deal with all the arrangements, but it bothered me. For him to arrange alone time for us all on his own meant a lot to me.

Despite finally having some alone time, we didn't really take advantage of it. It had been a long day and we ended up just watching a little TV and going to bed early. We both slept in the next morning, which was awesome. While our daughter has to be practically dragged out of bed on school days, she has a tendency to wake at the crack of dawn on weekends, which means that one of us has to get up with her.

I woke around ten to find myself alone in bed. When I walked in the kitchen to get a drink, I found Steve busy at the stove. I didn't really think much about it. I just figured he had decided to fix his own breakfast rather than wake me. So I headed back to the bedroom with my drink to relax for a few minutes before I got dressed for the day.

You could have knocked me over with a feather when he walked in a few minutes later and set a plate in front of me. Now Steve does not really cook aside from a couple easy things. On the rare occasion I have to be away from home for a few days, I usually prep his meals ahead of time so all he has to do is throw them in the microwave or oven. I also stock up on the few things he can make on his own.

He does, however, make an awesome omelet. Early in our relationship, he would make them for me quite frequently, but over time he quit making them as often. The one he set in front of me Sunday morning was probably the first one he's made in a few years.

He came in a few minutes later with his own plate and sat down beside me to eat. As we sat there eating, he told me that he knew that I had been stressed this past week, which had caused my crankiness, and he wanted to do something special to make me feel better.

I have to admit it did the trick, although him being so sweet did make me feel more than a bit guilty about how cranky I had been all week. When I told him that, he just gave me a kiss and told me to let it go because he already had.

I'm constantly surprised by the growth in Steve since we embarked on this journey. Had you asked me a couple years ago how he would respond to me being cranky for an entire week, the thought that he would get us some alone time and serve me breakfast in bed never would have crossed my mind. Even in the early days of DD, I wouldn't have expected him to do that.

But I think we've both come to see that while spanking is a tool in our relationship, sometimes a kind word or sweet gesture can be much more effective.
Posted by Dana at 6:30 AM