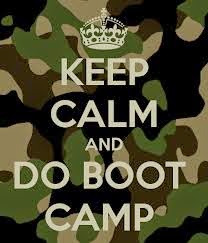 After a lot of research and discussion, we decided to go forward with boot camp. Our daughter is off visiting her cousins and we have the house to ourselves this week.

The structure we decided on is three spankings a day-before he leaves for work, when he gets home from work and at bedtime-ranging from mild to severe. Each bedtime spanking will be followed with a discussion of something related to DD. There is zero tolerance on all rules, including the ones that are usually not enforced. During the day while he's at work, I'll have chores and/or submission exercises to do. Submission exercises may be given in the evenings while he's home as well.

Boot camp opened last night with a bedtime spanking. We had planned to start earlier in the day, but life interfered. One of Steve's friend's had asked him for help with a small project. Since it wasn't supposed to take that long, Steve agreed to help. But it took a lot longer than expected.

He started with an over-the-clothes warmup by hand, although it was a bit lopsided as I told him later. Then he moved on to the wood paddle. I was allowed to keep my pants, which surprised me since he usually insists on a bare bottom.

It had the feel of role affirmation with a little ooph added at the end. Steve went through all of our rules, talked about the ones I had been slipping on lately, and added that he would be watching closely this week. He also mentioned something about adding a rule about wake up times, which has me a little wary as I do like to sleep in.

Our discussion was on implements. As I've mentioned before, I think his reliance on the wood paddle has played a role in me not reaching the point I need to get to. So we talked about bringing some of the other implements in for spankings. I also mentioned the fact that I've noticed him avoiding the implements he sees as milder. I suggested he might consider those for warm ups at least.

He woke me up at 5:30 this morning with the leather paddle. As Steve spanked, he lectured on respect. He mentioned an incident that had happened over the weekend where I got snippy with him in front of someone else. The fact that he wasn't happy about the snippiness didn't surprise me, but the fact that he was unhappy I did it in front of someone else did. In a little over two years of DD, that's the first time he's said something about disrespect in front of others. 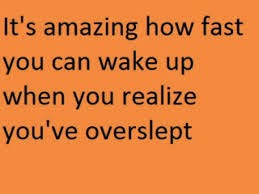 Before he left, he warned me that he didn't want me sleeping too late and that I was to be up no later than 9. While he didn't say "or else," it was understood. I set all three alarms on my phone to make sure I was up. Then I somehow managed to sleep through all of them, not waking up until a quarter after 10. When I woke up, I saw a text from Steve had came in a few minutes earlier asking if I was up so I quickly responded that I was. I'm not looking forward to telling him that while I was up, I had just got up when I responded.