It had been about two weeks since I disappeared the implements. He hadn't said a word. I had tried to be patient, figuring he just hadn't opened that particular drawer yet.

Finally I couldn't take the uncertainty anymore so I conspired to make sure he opened that drawer. I didn't brat my way into a spanking. I just accidentally on purpose put something he uses daily in the wrong drawer so he'd have to go looking for it. Then I waited a day or two before casually asking if he had found it.

Now this was the perfect opportunity for him to comment on what he hadn't found when he opened that drawer. But he didn't. He just said that he'd found it (the thing I purposely put in the wrong drawer) in "the drawer where that other stuff used to be." That was it. He didn't ask where the implements had went and he didn't ask if I needed to talk. He just went on with his day like the last two and half years just hadn't existed. 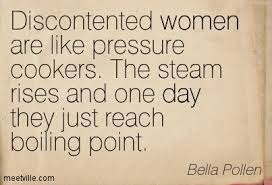 I was still simmering a few days later when he made a comment about something. I don't even remember what it was. I just know that it wasn't me that answered. It was Snappy.

Before I could even digest my surprise, Snappy retorted that it would be a little difficult considering he didn't have anything to do it with. Then she paused and threw in a question about whether he'd noticed. Another beat and she threw the bomb. Did he even care?

That's when it happened. 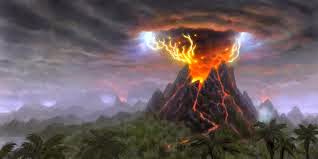 I've mentioned before that I have a tendency to bottle until it all comes flying out. That was tame compared to what happened. This time was more like a volcano erupting. It all came out. Not just my hurt and anger over the past couple weeks, but everything that had been building up for months. It probably didn't help that I was hormonal and dealing with a major toothache. 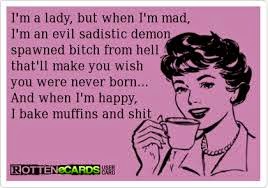 Once it started coming out, there was no stopping it. I cried. I yelled. I think I even cussed him out at one point. After it was all over, we sat down and talked. The next day I read him my last post and we talked some more.

But we're still not back to normal. It's like we're stuck in limbo at the moment. We both agree that we don't want to go back to the way things were before DD. But until we can figure out how to adapt to where we're at now, we can't move forward.

I know for me, with or without DD, I need the reassurance of knowing he cares. That means figuring out a way to maintain consistency if we continue DD or making time for us and maintaining those little gestures if we decide to let it go.
Posted by Dana at 5:20 AM