As part of our getting back on track efforts, we did a clean slate spanking the other day. Since it had been a while since I had a really good spanking, Steve took it easy on me at first, even letting me keep my pants for half of it. However, I had miscalculated how upset he was over me hiding the implements instead of talking to him about how I was feeling. As a result, he decided to use every single one of them.

One round with the pants. The second round bare.

Needless to say, it was one of those spankings that lingered. The spanking was in the afternoon before he left for work, but my buns were still putting off heat when I went to bed that night. And there were definitely some sore spots the next day.

Given that I was still feeling the effects of that spanking, I tried to be especially careful at getting all my chores done. As soon as he got home, he asked if I'd been good. I quickly ran through the list in my head and said I had.

All was good until we snuggled up in bed and he asked how many loads of laundry I'd done. 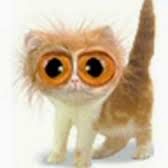 Our washing machine broke recently. When it did, it flooded the laundry room, soaking several baskets of clean laundry in the process. I was already behind on laundry. It was a week before the part for my washer came in so I am extremely behind now. The day Steve fixed the washer, he told me I was to do at least two loads a day until we were caught up again. I had done all the other chores on my list, but had forgot about the laundry. As you can imagine, he wasn't pleased.

I was curious about how he would choose to handle it. In our new and improved version of DD, he had three options-(A) spank right then, (B) give another punishment instead or (C) use another punishment for now but include the offense in our weekly settle up meeting. Since I was still sore from our clean slate, I was really hoping he'd choose B or C.

He chose A and, since our daughter was home (although asleep), he chose to use quiet implements. While I'm not a fan of any of our implements, I especially despise the quiet ones because they are stingy.

There are more sore spots now. I don't think I'll be forgetting the laundry anytime soon.
Posted by Dana at 11:28 AM