So our week to ourselves didn't turn out exactly like we had planned. For starters, our daughter unexpectedly got homesick so we had to go pick her up two days after I dropped her off. The two days she was gone Steve had to work.

Once she was home a few days, she decided to spend the night at a friend's house. Steve and I jumped at the opportunity to salvage at least a little bit of our week alone. But as it turns out, that didn't work so well either. After I dropped her off, I stopped by the grocery store to pick up a few things we needed and somehow managed to pull something in my back while picking up a case of soda. So I spent the night doped up on pain pills. He had to go to work the next morning so that was the end of that. 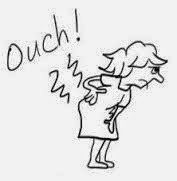 In other news, the settlement check for Steve's accident finally arrived last week. We had found a house online that we liked and would be able to pay cash for so I set up an appointment to look at it in person. It turned out to have some major drawbacks (bad location, skeevy looking neighbors, among other things) so we ended up not buying it.

Over the weekend, we submitted an application to get pre-approved for a mortgage. While my in-laws did offer to cosign for us, we didn't like all the conditions their offer came with so we figured it was worth a shot to see if we could get one on our own. So we submitted the application, said a prayer and hoped for the best.

On Monday, the mortgage guy called us. We are not only pre-approved at the amount we asked for in the application, but can actually go higher. He gave us the go ahead to start seriously looking at houses and put in an offer if we found one we liked. 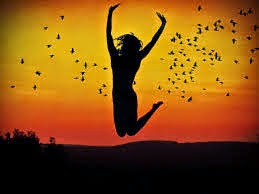 That evening, I sat down at the computer and went through all the listings in our price range. We ended up with a list of 20 houses. We've spent the last two days driving all over looking at each one to see whether it was worth setting up an appointment for a tour. By the time we had drove by every one, we were down to just 2 houses.

I called our real estate agent yesterday afternoon and set up an appointment for us to take tours. We looked at both houses this afternoon. Both were nice, but the second one was as close to perfect as we're going to find. It's in a great location and has nearly everything on our wish list. The one thing that it doesn't have is something that was more of a want rather than a must-have.

We liked it so much that we went straight from the house to our agent's office and put in an offer. 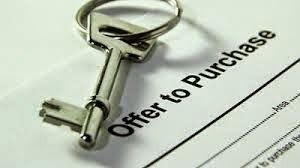 Technically our offer is a backup offer since there is already an accepted offer in the system, but the existing offer is contingent on the buyer being able to sell their house before the end of the month. If they can't sell their house in time, their offer expires and then the seller moves on to our offer.

I feel bad saying this, but I'm praying that the other people can't sell their house in time. I want this house. Of all the houses we've looked at, this is the only one that felt like somewhere I'd like to put down roots and stay a while.

So please cross your fingers, say a prayer or send some good vibes our way. If all goes well, we could be homeowners in the next month or so.
Posted by Dana at 6:28 PM