But he did it today.

If you've been following here a while, you know laundry isn't my strong suit. I tend to forget it halfway through the process or I put procrastinate on it until it's piled up. What makes this issue even worse is the fact that the plumbing in the laundry room strictly limits the number of loads I can do each day. If I cross that limit, water backs up and floods the room (as well as the garage). So it's not a good idea to get behind because it takes forever to catch back up.

This afternoon, Steve started getting on me about the laundry being piled up again. Since we will probably be moving within the next month (fingers crossed), he's been after me to stay on top of it. I have been working on it here and there, although admittedly not as much as I should have been.

So when he called me on it, saying he didn't see where I had done any at all, I tried to explain that I had done some. He didn't seem to believe me, which made me mad. So I threw one of those danger words "Fine!" and told him he could do it himself. Then I stomped off to another room.

He said "Hey!" as the door closed behind me, but I kept going. Sometimes that's all it takes for me to catch myself and apologize, but this wasn't one of those times. When several minutes went by without him coming after me, I figured I was in the clear.

About fifteen minutes later, my phone dinged. I looked at it and found a text from Steve telling me to go to the bedroom. No TV. No phone. Not even a book. Just to go to the room and think about why I was there.

I have to admit he surprised me, which is probably why I went without even arguing the point.

I was still upset with him for not hearing me so I spent the first five or ten minutes grumbling to myself about it. I mean yes, he was right to fuss at me, but I have a right to be heard. Then the guilt set in.

I'd been in the room nearly twenty minutes when Steve finally came in. Before he could even say a word, I apologized. He lectured and I listened without a single interruption. I didn't even complain when the lecture veered back over to the laundry again. Then, once he was done lecturing, I explained to him why I got upset and he apologized for not listening.

He did tell me I dodged a bullet because our daughter was home. If she hadn't been, he would have came after me and I probably not be sitting right now, at least not comfortably.

Thinking about it now, I realize that sending me to the bedroom was a good move on Steve's part. While I appreciate leniency at times, it sometimes backfires. If he lets something go several times in a row, I'm more like to push it because I figure there's a good chance I'll get away with it. I'm a gambler, remember? In other cases, I get frustrated, which leads to pushing buttons, another bad idea.

He recognized that with our daughter here, we didn't have the privacy needed for a spanking. Rather than let it go, he looked for a more discreet way to handle things. He knew I was mad so he made sure I stayed in there long enough to get past the mad and start thinking straight again. And it worked. 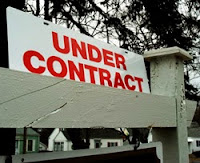 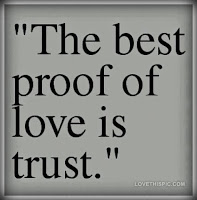 
*The final was for the math class that has had me pulling my hair out all semester. I made an 88 on it, which isn't bad considering I took it on no sleep. I had to work my butt off all semester, but I made an A in the class. An A in all my classes in fact so my 4.0 remains intact. Now I'm taking a well-deserved break from school for the summer so I can focus on moving and getting the new house set up.
Posted by Dana at 8:45 AM 11 comments: