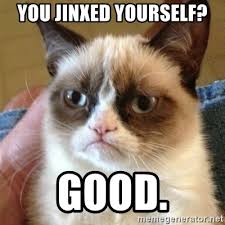 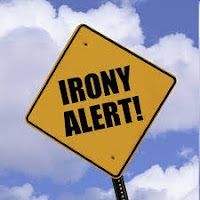 Steve had already recognized that I needed that structure and had been trying to give it to me by assigning a few chores here and there. If my mini-rebellion hadn't happened when it did, I might have recognized what he was trying to do, in which case my mind would have been clear and I would have remembered that danged chore. The same chore, by the way, that is now on the schedule for tomorrow with dire warnings of what will happen if it doesn't get done.
Posted by Dana at 12:37 AM 3 comments:

Back in our early days of DD, I spent a lot of time over Steve's knee. I was lucky to make it more than a few days before getting spanked for something or another. I remember one memorable day when I got spanked three times. I can remember setting a goal to stay out of trouble for a month. At that time, it seemed like a huge goal.

When we brought back DD, I half figured it would be like that again. But to my surprise, something clicked right away. For the most part, I've managed to stay out of hot water. Strangely enough, it isn't something I deliberately set out to do. It just happened.

The real miracle of it all is that Steve was around most of the time. He got hurt at work the end of October, had surgery in December, then had some side effects from the surgery so he wasn't able to go back to work until the end of March.

Something you have to understand about me. I'm used to spending a lot of time alone. Normally Steve is at work and our daughter is at school, leaving me free to do my own thing on my own schedule during the day. So it was a bit of an adjustment having him here all the time.

To be honest, it was driving me bonkers at first. But we talked (yay for communication) and I explained to him that I function better when I get some alone time to recharge. So he made an effort to give me some space most days. He puttered in the garage or hung out with a friend that lives nearby.

There were some perks to him being home. He drove our daughter to school in the mornings, allowing me to sleep in. I'm so not a morning person so that was wonderful. Most days he did the afternoon pickup as well, leaving me free to do some things I normally wouldn't be able to because of the timing. It also gave him some much needed one-on-one time with our daughter, something he hasn't had a lot of over the years because he's always worked pretty long hours.

The problem came when he was finally able to go back to work. You would think that having things back to normal would make me happy, but instead I found myself cranky. And after stepping back into Miss Independent during the day, I was struggling to step back and let him lead when he arrived home each evening. Thankfully Steve showed a lot of patience and I got through the bumpy adjustment period with my hind end unscathed.

As for that goal I used to have about making it a month without getting in trouble, I not only hit it but exceeded it. It's been 4 months since I've been in trouble. I nearly messed that up this week when my rebellious side came out of hiding, but thankfully I managed to rein it in just in time.
Posted by Dana at 5:22 AM 2 comments:

I haven't wrote here in quite a while. The truth is I really didn't have a whole lot to say. To make a long story short, I threw in the towel on DD last summer. I told Steve I couldn't deal with the on-again off-again any more and that I was taking back my consent. He didn't argue or try to change my mind.

In some ways, it was freeing. I no longer had to worry about rules or consequences or whether we were off or on this week. In other ways, it was scary. It was a whole new world without the boundaries of DD.

It took a little time to adjust and I have to admit I found myself missing it. It wasn't quite the same without it. We still talked, but it was more superficial than deep like it had been. The closeness and intimacy weren't as deep either.

A couple times I found myself wanting to go to Steve and tell him I made a mistake and wanted it back. But I stopped myself. In hindsight, I think I was waiting for a sign that he really wanted it since in the back of my mind, there's always been this thought that he was only doing it because I wanted it. So I stayed quiet.

Then one day last month, completely out of the blue, Steve said he wanted DD back. He apologized for not making it more of a priority these past couple years, said he didn't like the way we were without it, and promised that if I gave it another chance, he would make it more of a priority.

As much as I wanted to say yes, I worried that if I did, we'd just end up going right back to the way things were when I threw in the towel. So I told him I needed some time to think about it. He gave me some space and just before we rang in the new year, I told him okay. We've now been back at it for a month.

I was a little worried that it would take time to readjust to our roles and find our rhythm but we seem to have slipped right back into it without much trouble. It's a less rigid DD than it was in our early days when we first started, but we've changed a lot over the past seven years and it fits us now.

There are still occasional mishaps. A couple weeks ago, I landed myself in hot water over a meltdown. It wasn't the meltdown itself that got me spanked, but rather putting up a wall and refusing to talk about what triggered the meltdown. Or, as Steve called it, for being stubborn.

Yesterday, I got a warning swat for putting myself down and a threat of a full spanking if I kept it up. I hadn't realized it, but apparently I've been doing it a lot lately.
Posted by Dana at 11:20 PM 6 comments: